Sam Powers Magician - The Powers That Be

Kiss Reality Goodbye… confront the unreal and experience the Powers of Illusion.

“The Powers that Be” Sam Powers  has wowed audiences  in 16 countries, appeared on TV in front of 5 million viewers,  is a 5 times winner of Magician of the Year and has twice been nominated Entertainer of the Year in 2 different categories. He is one of Australia’s busiest and most highly sought after magicians.

Sam Powers is arguably Australia’s most highly sought after Magician.

“The Powers that Be” Sam Powers  has wowed audiences  in 16 countries, appeared on TV in front of 5 million viewers,  is a 5 times winner of Magician of the Year and has twice been nominated Entertainer of the Year in 2 different categories. He is one of Australia’s busiest and most highly sought after magicians.

Sam’s captivating shows have made him a figure on the elite cocktail party set, having taken centre stage for dignitaries such as the Prime Minister of Australia and the likes of several Hollywood stars including Jamie Foxx; who hired his extraordinary talents, for an A-list Birthday extravaganza.

After, impressing and leaving hundreds of Foxx’s guests excited and demanding more, Foxx rustled him into a private room so he and VIP’s could have Sam all to themselves! Nicole Kidman had a surprising encounter with The Powers That Be, when he made her engagement ring disappear before her very eyes!

The Powers That Be has starred on Cruise Liners around the world including The Norwegian Star, The Fair Princess and the Pacific Sky. He performs in private functions ranging from cocktail parties with the Prime Minister through to the multi-million dollar James Packer wedding.

In addition to his immense skill, The Powers That Be possesses a strong physical presence (not to mention a Jake Gyllenhaall look) that is more Hollywood than Vegas; paving the way for a new breed of magician. One that’s flirtatious, charismatic, media savvy and highly styled.

Up Close and Personal

The Powers That Be delivers interactive entertainment at it’s best where the magic happens inside your hands and beneath your eyes. Close up magic is the perfect ice-breaker and is ideal for cocktail parties and kick-starting your special event. This high impact, award winning material will remain the topic of conversation all night long!

A fast paced and action packed show with hilarious audience participation routines. The combination of Sam’s brilliant magic, comedy, visual gags and quick one-liners is the perfect entertainment package. Experience the witty and wacky side of The Powers That Be that will leave your guests in stitches!

Blow your guests away with an electrifying performance of the most mind-boggling illusions you will ever see! This brilliantly choreographed production is a guaranteed hit for both local and international audiences. You won’t believe your eyes. Spectacular bird productions, slicing a girl with a laser beam, a walk through a mirror and more! 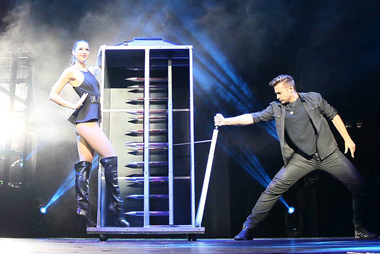 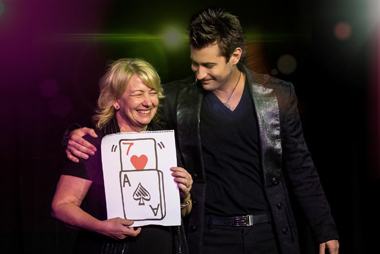 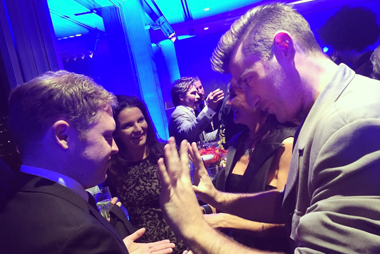 "Wow! Now this guy is good!"
Nicole Kidman
"Top Class!"
Jamie Foxx
"One of the finest magicians this country has ever produced."
Ron Wilson (Ten News)
"Fantastic! We have never seen anything like that!"
McDonald's Corporation
"No way - do that again! Unbelievable skills! "
Pat Rafter
Facebook-square Instagram Youtube Vimeo