Black Salt is an explosive four to seven piece covers band whose energetic live performances, versatility and exceptional musicality has seen them perform at many successful events for a huge array of corporate clients.

Iri is an Auckland based singer, songwriter and producer who has collaborated on countless musical projects ranging from writing and recording with original artists ‘Jamoa Jam’, ‘Wale Vocals’, ‘2XL’ and ‘I.D.’ His stunning, soulful vocals have seen him performing on T.V., YouTube, at festivals throughout NZ, Australia, Hawaii, USA, Tahiti, Samoa, Rarotonga and even at functions for high flying corporate companies from Air NZ, Telecom & Vodafone to singing on Graeme Hart’s super yacht ‘Ulysses’.

To this day Iri continues to give focused and passionate energy to both his studio and live work and his full time job as the Education Programme Coordinator at Family Life Education Pasefi ka (F.L.E.P) — a Pacifi c Island Community Organisation providing sexual health education in the Auckland region using creative media to assist in delivering messages as well as to inspire and encourage youth to seek their potential. He also contributed three production pieces for Jamoa Jam’s latest album ‘Reprise’ which was released in 2009.

Pora was born and raised in Mangere, South Auckland. Hailing from the Cook Islands (PukaPuka), he has grown up learning about the different vocal and musical styles of the Pukapukan culture through his deep commitment to Church and community. Pora is passionate about music from the ’70s, ’80s and ’90s, and particularly enjoys singing soul, gospel, r’n’b and reggae. Full of energy, he always gives 100% to his performances with Black Salt. Regardless of the crowd size, he certainly provides a fantastic, vibrant show both vocally and soulfully.

Kent has been playing bass for 18 years and is one of the founding members of Black Salt, which was formed 12 years ago. He started playing bass in his early high school years in jazz combos, big bands, concert bands, school productions and shows. Kent has experience in recording/studio work with many years also working as a session bassist in the covers scene, but his real passion is for Black

Salt’s live performances. ‘I have a real passion for the bass and the music we play. I pride myself in excellence and I apply a real precision to my playing. I love being part of the rhythm section of Black Salt and I look forward to the future of the band.’

Ricky is the rock solid drummer for Black Salt, providing the dynamic rhythm foundation upon which the band is based. He began playing drums from a young age at school and church, and was also one of the founding members of the original Black Salt band in 1999. A versatile player who loves styles as diverse as rock, reggae, hip hop, blues, funk, swing and pop, his strength lies in his ability to draw all of these stylistic influences into the unique sound and dependable groove which Black Salt are famous for. He also performs in various other covers bands, for his Church in West Auckland and, when time allows, teaches drums to young up-and-coming musicians.

Phil has been performing professionally for more than 10 years. As a touring musician, he has played all over the world including numerous tours of the USA, Pacifi c Islands, Australia and South Africa. Locally, he has played with a “who’s who” of NZ music, and also supported some of the biggest names in music, including: James Brown, George Benson, Brian McKnight, Billy Ocean, and

Bobby Brown. Phil was the keyboardist for iconic NZ band Ardijah, who he had been with for 8 years, making him the longest serving keyboard player in the 25year history of the band. Phil appears on their latest album ‘The Best Polyfonk’. Phil is also the keyboardist of choice for many Hip Hop/R&B artists including Young Sid, Nesian Mystik, and Pieter T. Phil has shared the stage with many others including: King Kapisi, Chong Nee, Lole, Che Fu, Whirimako Black, Cydel, Herbs, Ruia Aperahama, Teremoana Rapley, and Sons of Zion.

Dixon’s 18 year music career has seen him perform and record as a backing artist and session player with some of New Zealand’s top jazz and pop musicians (Nathan Haines, Whirimako Black, Tama Waipara, King Kapisi, Annie Crummer to name a few). His guitar can be heard on a variety of albums and he teaches jazz and regularly hosts guitar workshops throughout the country. He has recorded two jazz trio albums with The Samsom Nacey Haines Trio, the second of which was recently released in March 2011, for which he composed 7 of the 12 tracks on the album. The fi rst album ‘Open to suggestions’ made the fi nals of the 2009 Tui Jazz Album of The Year Awards. Currently, he works with Tama Waipara, the SNH Trio and his own jazz combos; manages and performs with ‘The Kingpins’ corporate band; has recently been through USA, Canada, New Caledonia, Singapore, The Cook Islands and Thailand with his music; and teaches jazz at Auckland University. 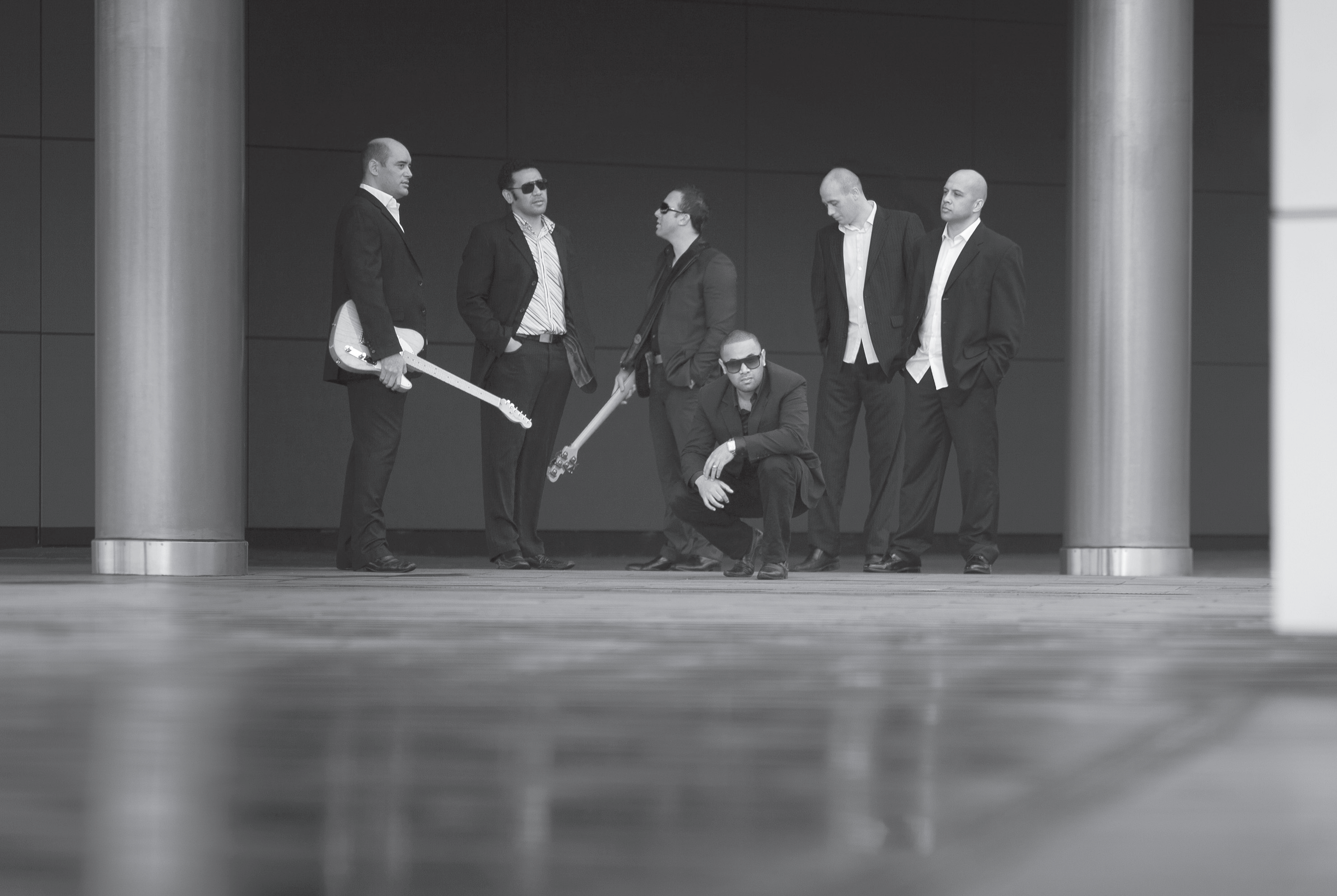 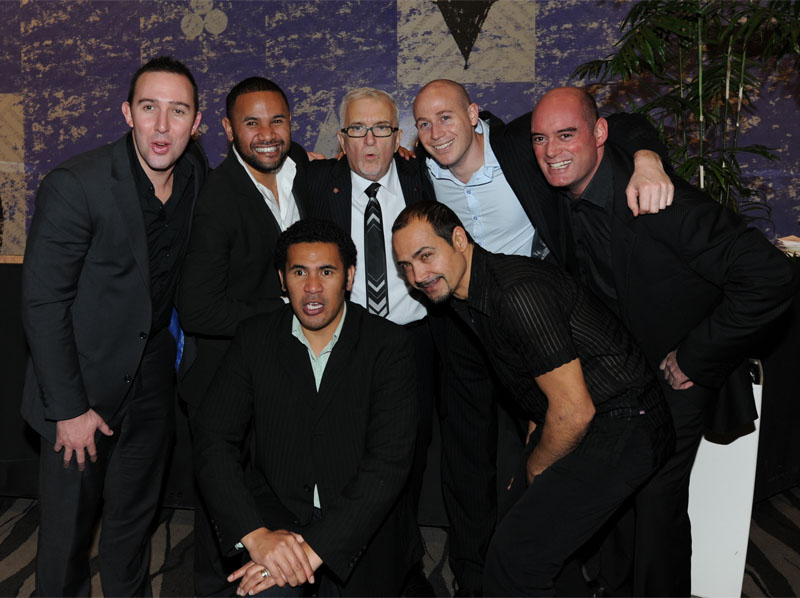 Crazy
Sweet Home Alabama
American Boy
"Morning Sam, Thank you and Black Salt for an incredible night – feedback from staff has been nothing but overwhelmingly positive. Great song choices and interaction with the staff throughout the night. The guys were punctual and professional with their setup/pack down and overall great to work with – I will be strongly recommending them to our clients and will definitely rebook them in the future."
Ross Benwell, Salmat CES NZ
"I just cannot overstate how awesome Black Salt is! We have been fortunate enough to have them as our entertainment on a couple of occasions for mid winter functions and there will undoubtedly be many more to come. I loved how they also dressed to our theme. They have become so popular and they’re a great bunch of guys. Their song lists are comprehensive and cater for all ages and musical tastes. The dance floor is always packed from the first song to the last and I can’t wait for the next function to get Black Salt along."
Kelly Taylor, Office Manager (Meredith Connell)
"Just wanted to say how much Black Salt totally made our event on Friday – they are fantastic and such really lovely guys. Heaps of great feedback on them today in the office. Totally made the night."
Shileigh Moss, Antares Restaurant Group Limited (Burger King).
"A huge thank you for helping make out midwinter Charity Christmas Dinner at SkyCity such a huge success. The band was simply brilliant – and it was very kind of you to donate your performance to the cause. Your musicianship, repertoire and connection with the audience was truly excellent – and there's no doubt you're one of the best bands in the country. Your support enabled the Trust to donate $220,000 to the government's Christchurch Earthquake Appeal and Kidney Kids – an outstanding effort!"
The Mad Butcher Suburban Newspapers Community Trust
"I was recommended Black Salt as a great band to try for our Christmas party from a couple of our staff members. They certainly set the standard and I don't think our team stopped dancing! When we celebrated our 20th birthday it was with real confidence that we asked Black Salt to play for us again and they certainly didn't disappoint. They were easy to deal with leading up to our event and nothing was a problem. They remained flexible during the evening as our speeches ran on a little and really seemed to have as much fun with us as we did with them! Thanks guys, we look forward to using you again!"
Lynne Aim, PA, Pumpkin Patch
"On behalf of the Vodafone Warriors and everyone who attended our Awards Evening last night, we would like to thank you and all the guys in the band for being a part of our event and for a fantastic performance. We have had so much great feedback; it's always nice to know that you have pleased those that attend your functions."
Vodafone Warriors
Facebook-square Instagram Youtube Twitter Vimeo