He combines his skillset of world-class and never before seen magic with quick wit comedy, insane mind-reading, cheeky pickpocketing and plenty of audience participation to create the ultimate entertainment experience that has made him an audience favourite worldwide!

Brendan constantly travels appearing at events as a featured performer, MC or speaker at corporate events, conferences, festivals, private events and on touring production shows with his appearances occurring throughout New Zealand, Australia, Asia and the USA.

Most recently Brendan was headlining at the prestigious “World Famous Magic Castle” in Hollywood, California which is the No. 1 place to see the best magicians in the world, with a highly acclaimed 30 show run. This was completed at the age of only 22 making him one of their youngest ever headliners.

Along with hundreds of live appearances under his belt his other credits include being nominated for “Variety Artist Of the Year” and being awarded as “NZ’s Top Comedy Magician” being the youngest ever recipient for the award. He has also been cast for the past 3 years in the prestigious touring show “World Festival Of Magic” which has brought the world’s top magicians to NZ and Australia for the past 30 years making it the longest running show of it’s kind in the world.

The average attention span of an audience is 3 minutes. So in today’s fast-paced world, you need to engage your group or risk being lost in the noise.

Brendan is your audience engagement expert using his skillset to gain and keep your audience’s engagement, maintain energy levels and work with you to meet your event goals, deliver your message and keep everything running smoothly whether it is a gala dinner, awards night or multi-day conference.

Feature Show – As seen at the Magic Castle in Hollywood

Engage your audience with an entertainment experience they can join in together! With Brendan’s stand up show, an energetic atmosphere is created among your guests as they are laughing like never before with their friends and colleagues being the stars of the show!

This customised, multimedia, high energy presentation combines non-traditional magic, mind-blowing sleight of hand, mind stunts and cheeky pickpocketing mixed with quick wit comedy to create not just a show but the ultimate experience that will not be soon forgotten. This is adapted to suit the needs of your event, whether it is a 15-minute wake-up session, a 40-minute after-dinner show or full evening show.

Brendan is able to assist with adding some life to the room and stimulate networking among your guests. He will roam the room from group to group providing them the opportunity to witness mind-blowing magic up close and personal! They will witness sneaky pickpocketing as watches and wallets are lifted, amazing sleight of hand and experience the impossible in their own hands! 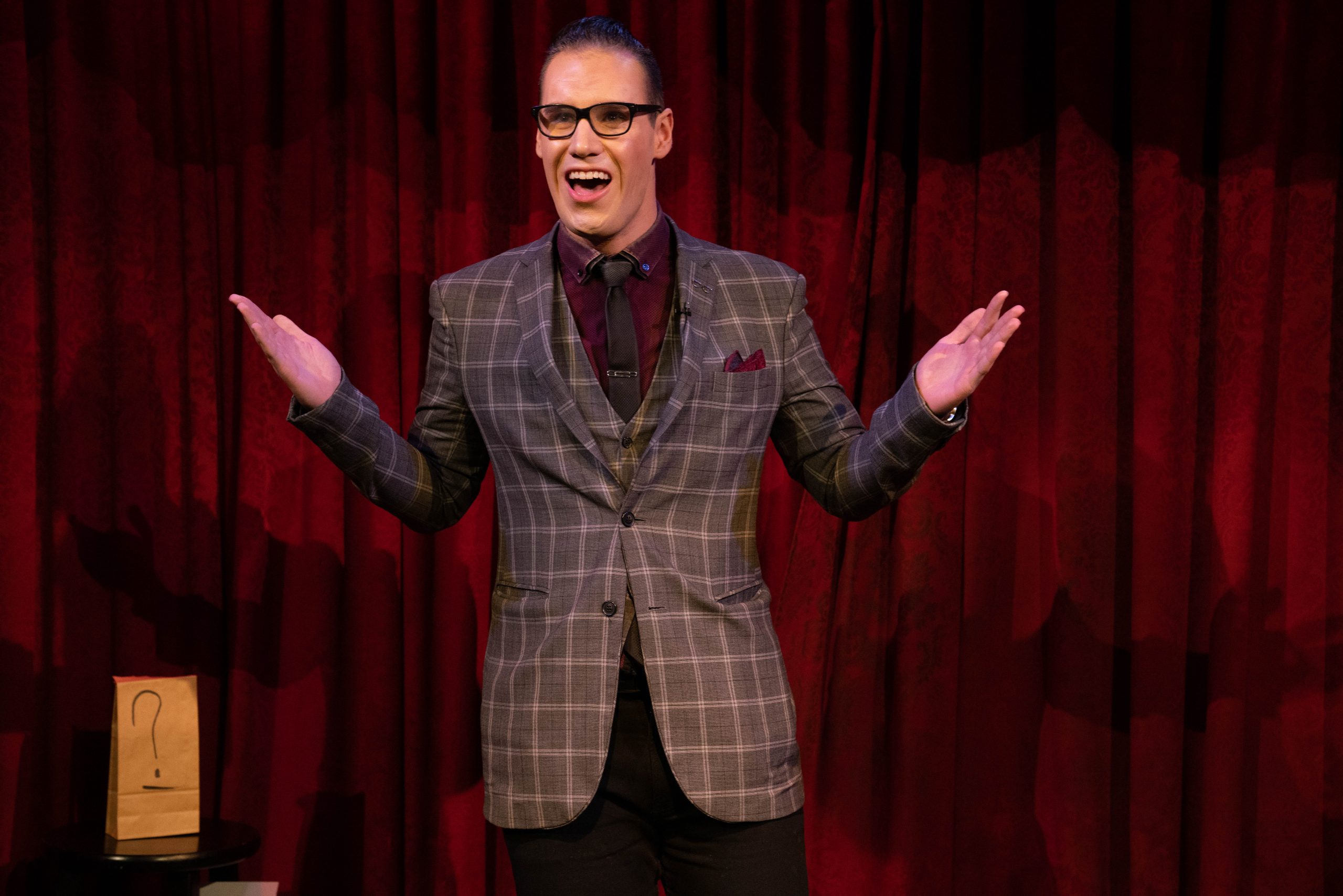 Play Video
"It was an absolute pleasure working with Brendan Dooley Magician. You had me and our delegates laughing so much. You are highly entertaining and very quick witted! Everyone was talking about it for days afterwards and trying to work out how you did your magic. You scored 10 out of 10!"
Professionals Real Estate
"Brendan Dooley Magician broke the ice with what would maybe be a tough audience. Within 2 seconds the room was in hysterics, very personable and brings so much energy to the room."
ANZ Bank
"Our team is STILL talking about Brendan Dooley’s Magic Show - we all loved it!"
Harcourts Real Estate
Facebook-square Instagram Youtube Vimeo