Melbourne corporate covers band Big City Beat is one of Australia’s most popular and sought after live bands.

They are always a hit at corporate events and private functions due to their energetic and polished performances of live Top 40 Party music. The exceptionally talented musicians of this corporate covers band are widely respected for their musical skills and the lead singers are renowned for capturing the vocal style and personality of the artists they cover.

The Top 40 & Party Classics Show is available in all in all lineups (from 5 piece band to 11 piece Show Band). They showcase all the greatest hits from the last 3 decades and the current Top 40 charts.

The show caters for every age group who wants to dance; From Justin Timberlake to Jackson 5 – from Whitney Houston to Pink, all the greatest artists feature in this extensive repertoire show. This Show is all about fun, interaction and getting your guests dancing!

The Show is a 2 set costumed extravaganza highlighting the most musically memorable, fun and way out genres of the 80s decade. Join in the fun and sing like you’ve just smelt something good and dance like your hair has wings… Get Stuck in the 80s with BigCityBeat!

BigCityBeat is proud to present its new show “The Ozset”! Featuring the greatest Australian songs of the last 50 years. The band pays tribute to iconic Aussie anthems as well as artists who have achieved international acclaim.
With songs from:

The famous BigCityBeat Show that has taken the band to Tokyo, Beijing, Singapore, Oman & all parts of Australia. Everyone’s talking about the Megastars Show! It’s a 55 minute Showcase set featuring tributes to 6 of the world’s greatest entertainers, delivering an 8 minute power pack of each Artists greatest hits. Artists featured in this set are:

A show that embraces the fashion and music from the 3 decades that shaped the pop music scene of today. The 10 piece band plays each set in full costume embracing the groovy, the funky and the daggy in 3 x 45min sets.

BigCityBeat offers costumed shows to suit your event. Let us know what your theme is and we’ll costume up to ensure the band helps everyone get into the spirit of the night. Some fun themes they have performed in the past: 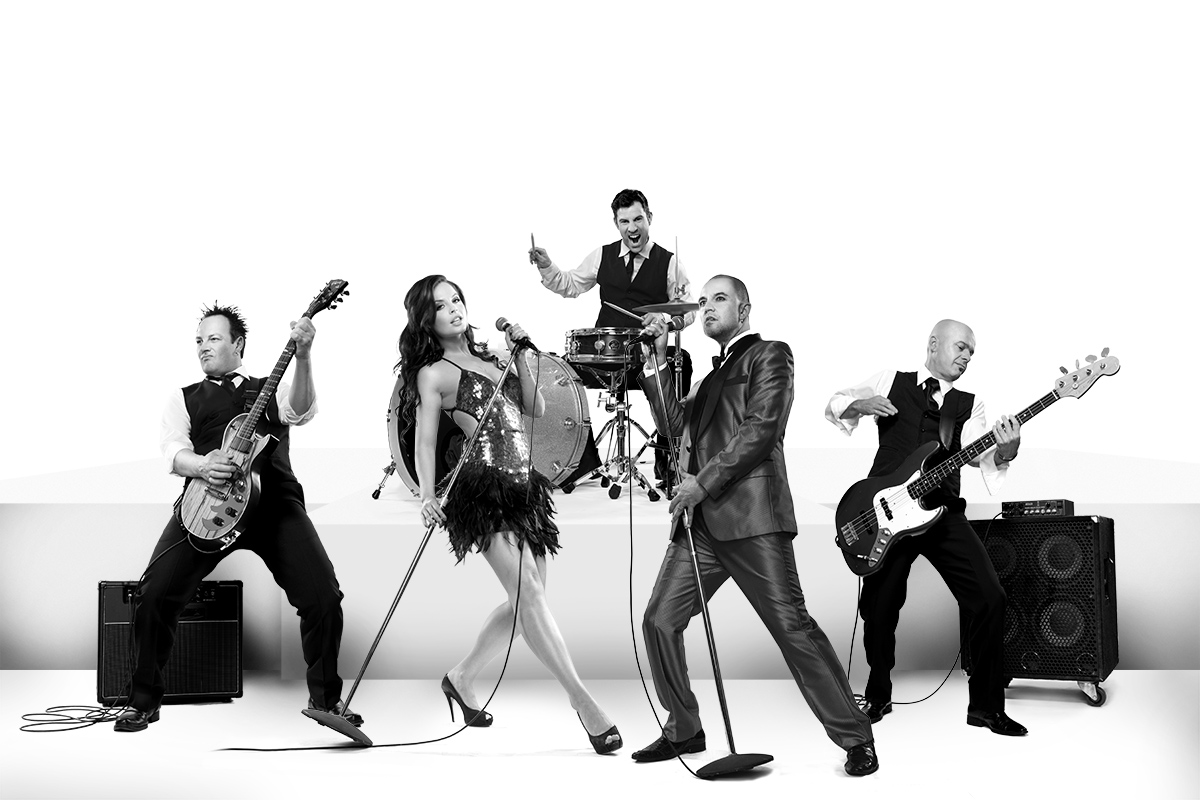